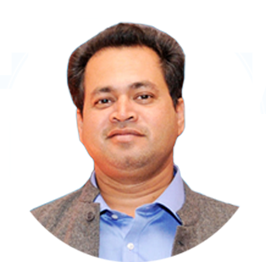 Studied problems in Kokan, and full understanding how this Kokan region can be developed in near future.

Mr. Sanjay Yadavrao is very profoundly proud of his hailing from Kokan. He has a conviction that Kokan region has a huge potential from all angles, but it is still considered as a backward region and has remained so. With this thought in mind, Mr. Sanjay Yadavrao started with an agenda of KOKAN DEVELOPMENT under the head ‘KOKAN VISION 2020’. He refused all offers from multinational companies and opportunities in foreign countries in spite of his excellent educational background and grooming with the only objective and dedication for “Kokan Development”.